A world-class family business since 1978

Since 1978, we have upheld a simple approach to building long-term business relationships based on trust and good value, whilst providing full assistance from the concept stages through production and then the delivery of finished goods. 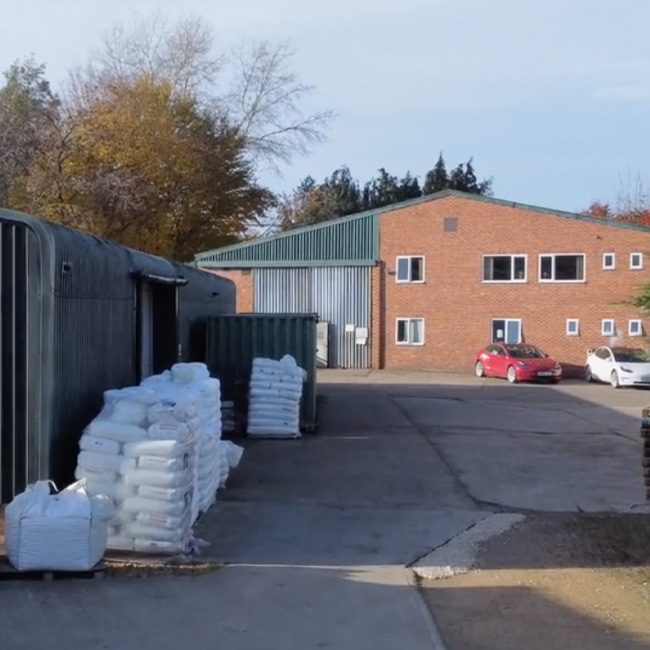 The company was originally started by Michael Whiles in 1978 when he used his tool making skills to start making some small batches of engineering parts for a friend who struggled to find anyone to make small batches locally. The next step in the story is a familiar one for many small business owners. As the work gradually started to build, Mike found he was spending more hours in evenings and weekends making parts at home than he was dedicating to his full-time day job. He took the brave leap and decided to quit his day job in order to fully dedicate his time to making engineering parts.Moving from his garage to a small unit leased at the back of a Tadley Transport yard the business continued to grow with the next milestone arriving when a customer whom he had just made a mould tool for, asked if we could also then run it for him making plastic parts. Mike started making the first parts for John Cox the MD of PC Cox in the mid 80’s. As they started converting many of their pressed steel or die-cast parts into plastic the cost savings and technical benefits of the plastic parts compared to die cast ones saw the two companies flourish over the next 25 years.

Mike being an engineer at heart realised the value in investing in newer machinery and continually ploughed his hard-earned funds back into the company to enable its growth from having 3 very old moulding machines to 10 much newer ones. This expansion on the Tadley Transport site saw the business moving from a small 450 sqft Nissen unit into a 5000 sqft steel clad factory unit.

The next business milestone arrived when Mike was looking for free hold premises at the same time as the transport company that owned his unit were looking to sell the land to a local supermarket. The timing was perfect and enabled Mike to move to our current premises in 1996. By this time his son Paul was already involved in the business and had taken over the running of the toolmaking department. Shortly after the Millennium in 2001 Mike’s other son Steve joined the business to help run the production side of things.

The new production site was 17,000sq ft split across two buildings but with the addition of a dedicated toolmaking and tool storage building in 2013 this has seen expansion to nearly 20,000 sq ft. Despite this growth the founding values of the business are still very much intact and at the forefront of everything we do; building long-term business relationships based on trust and great value.

As injection moulding specialists we still take ownership of our customers project from initial drawings to finished product which enables them to dedicate their time to their own business challenges. We still recognise the value of investing in the latest machinery as the improved quality and efficiencies benefit both us and our clients. As testament to this on-going support for our customers, we still have mould tools in use which Mike made over 40 years ago and many of our clients kindly view us as their injection moulding department rather than an external supplier.

Combining a range of machines from 35 to 550 ton (up to 2Kg) with automated handling and a continuous investment program we can offer a flexible approach to assist with a wide variety of projects.

Currently four of our injection moulding machines equipped with Beam robots enable us to sort and assemble customers products to ensure any unnecessary labour is removed from the process. An additional robot is planned to be fitted on our 270T machine in 2022. 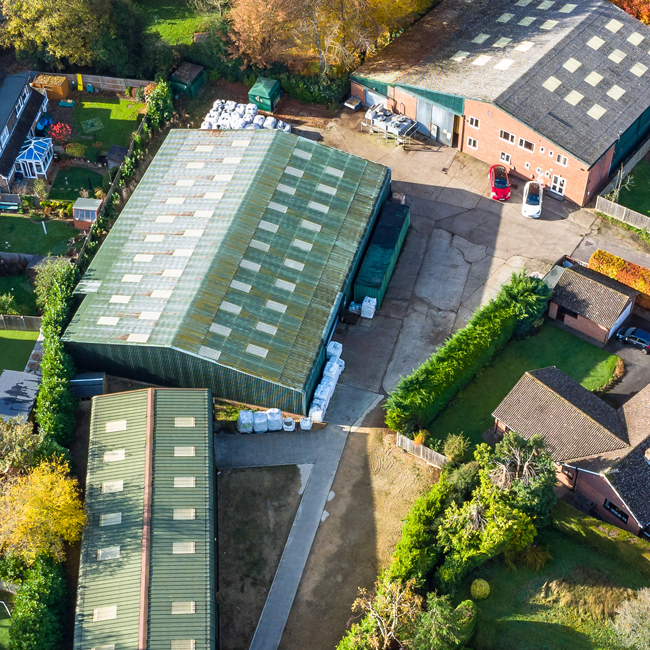 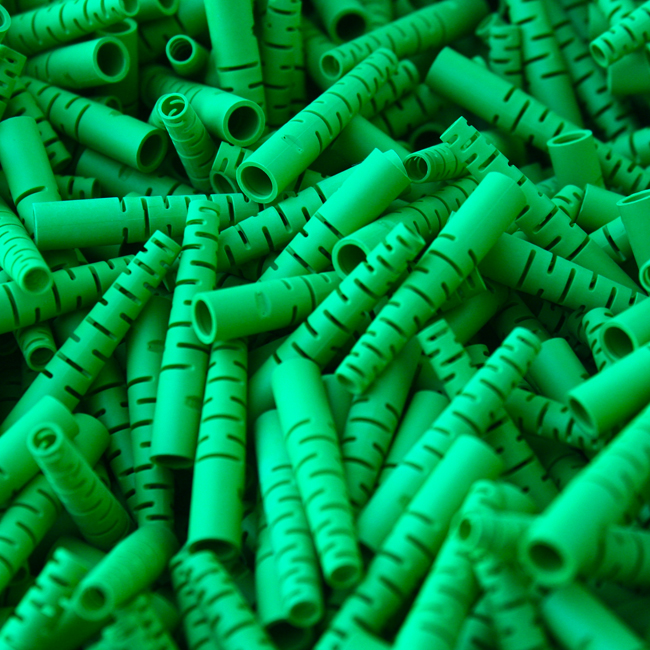 Industries and sectors we serve

We service a variety of industries and work to varying requirements to cater for each. Our customer base includes packaging, leisure, building products, pest control, breathing apparatus, filtration, water treatment and automotive products.  Every industry has its nuances or special requirements and being a customer led company we can customise our offering to suit all of these industries and others that we are invited to assist with.

Over the past 20 years we have seen a huge increase in demand for recycled materials or virgin materials with bio-degrading additives.  We now have many historic projects which have been converted over to these environmentally friendly solutions and if deemed suitable it has now become our first suggestion for new projects.

In 2002 we annually purchased 1 ton of recycled polypropylene for a specific customers project.  We now purchase 310t of recycled Polypropylene (rPP) and 80t of recycled ABS (rABS) per year mainly sourced from end-of-life vehicles.  We have seen the quality of the recycled resins dramatically improve in this time and we have worked closely with our preferred supplier on improving the quality even further by helping them with moulding trials of new grades or formulations.  We are constantly adding new resins to the ones we have historically bought; we now regularly use rHIPS, rHDPE and rPA6 albeit in lower volumes.

This change in the use of plastic to become more of a circular process has meant our business has changed from buying less than 1% recycled material in 2002 to around 73% in 2021. 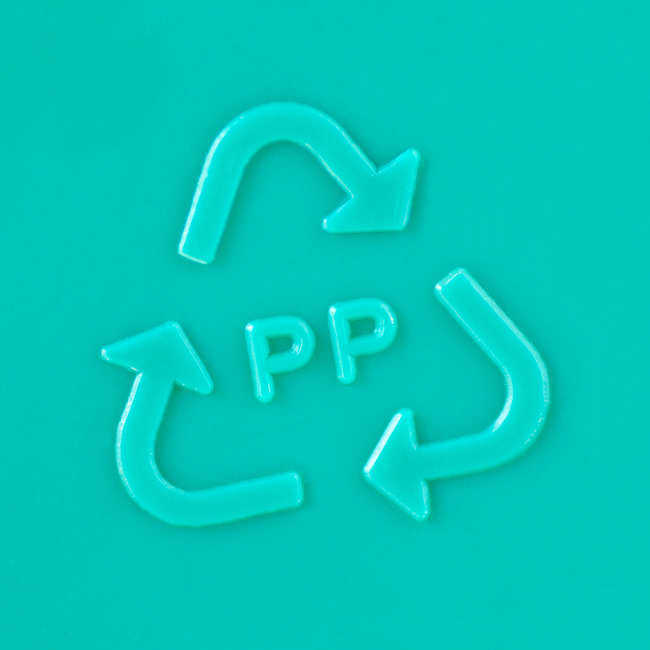 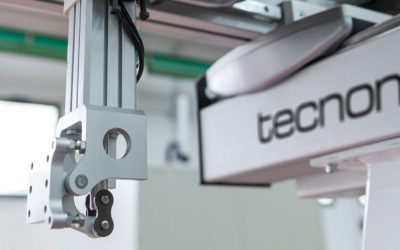 You’re in good hands with our new Tecnomatic Beam Robot!

We have recently added another Tecnomatic Beam Robot to aid us sorting and packing parts. 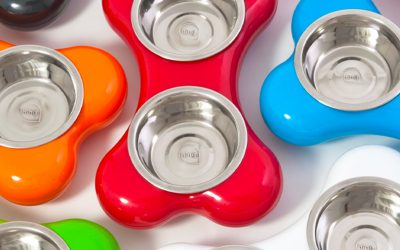 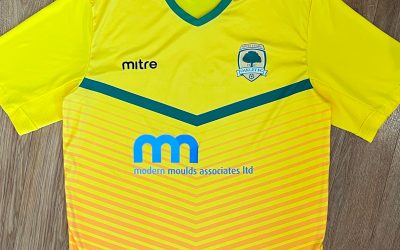 We are proud to sponsor the Panthers, a local U16 Oakley Football Team who play in the Peter Houseman Youth League

To request a quote please complete the form on this page with as much detail as possible, stating the approximate quantities you may need, along with a description of your injection moulding requirements. A member of our UK-based team will aim to get back to you as soon as possible.

If you would like an informal discussion about a current or future project or have an enquiry of any kind, you can also contact us on 01256 782 333. If you have a general enquiry please use our enquiry form here. We look forward to hearing from you.